Writer Bill Farnsworth sets out to discover where the Group of Seven painted on the beautiful Magnetawan River in the Almaguin Highlands of Ontario.

2017 marks the 100th anniversary of the death of Canada’s legendary painter, Tom Thomson. Though he died before the formation of the Group of Seven artists, he was a major source of inspiration for the members of this iconic collective. As the story goes, Thomson’s sketching and painting trips into the wilderness of Algonquin Park and the Almaguin Highlands led several of the Group’s members to venture north and paint the incredible scenery they encountered for themselves. There were any number of locations that the group chose to depict in their works, including the stunning Magnetawan River. 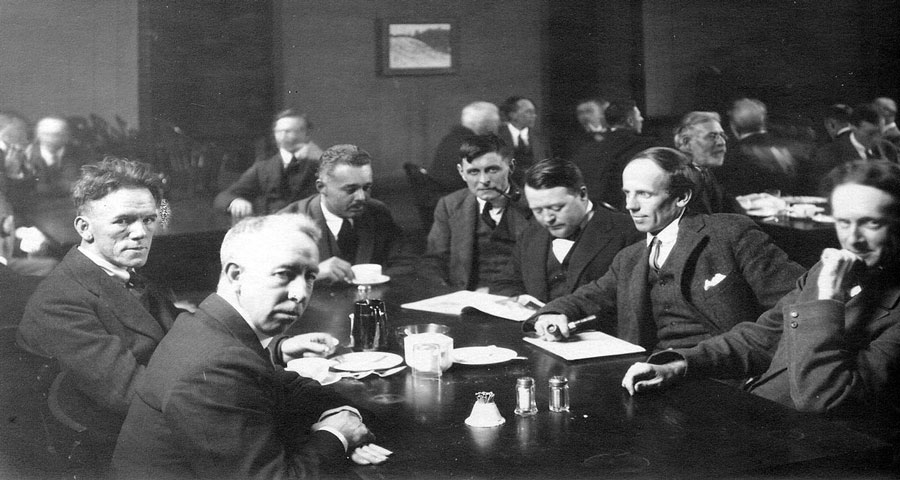 Both J.E.H. MacDonald and A.J. Casson produced paintings which specifically reference the Magnetawan in their title, and art historians still debate how many more paintings were completed on the river or drew their inspiration from it. For several of these works, it is possible to travel to the exact spot where these famous artists painted in the early 1900s. I was on a mission to see several of these now-famous locations with my own eyes and contrast their current beauty with what the artists captured a century ago. 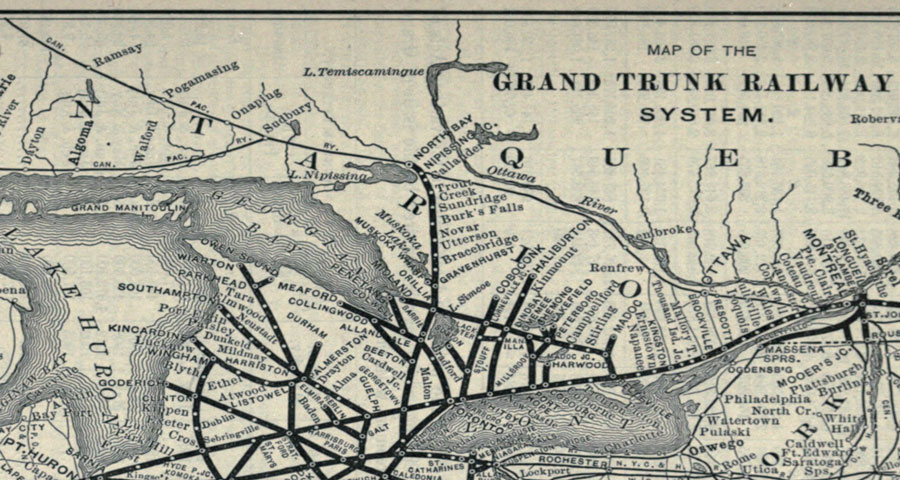 In the early decades of the twentieth century, travel to the Almaguin Highlands was done primarily on the trains of the Grand Trunk Railway. The railway had main stops in Novar, Burk’s Falls, Sundridge and South River, as well as a junction point with the Canada Atlantic Railway at the town of Scotia. It was on these trains that members of the Group of Seven would travel north from Toronto searching for wilderness locations to paint.

J.E.H. MacDonald first journeyed north into what is now the Almaguin Highlands with Tom Thomson. The two would create many sketches, which they used to paint their masterpieces from upon returning to the studio. From one trip, MacDonald painted the work entitled “Thomson’s Rapids, Magnetawan River.” Thomson’s Rapids lie just outside the Burk’s Falls at the site of Richard Thomas Memorial Park.

I could hardly contain my excitement as I parked my car and headed for the river to attempt to discover the exact location MacDonald had painted from. After a half hour of searching both upriver and downriver of the road I solved the mystery, discovering what I believe to be the exact location. While the water levels were obviously higher, I could still make out the line of rapids surrounded by exposed granite. The hair on the back of my neck stood up as I watched the river ripple and flow around the same rocks MacDonald had painted nearly a century ago. The soothing sounds made for an amazingly solitary experience as I imagined him making brushstrokes and layering paint while a breeze swirled around him – as it did me now.

MacDonald painted another famous work in the area, “Sawmill, Lake Cecebe, Magnetawan River.” This work looks to have been studied from a canoe or island in the lake. There is currently a sawmill still in operation on the lake, and I suspect it may have been the original subject of this work. Unfortunately, I was not able to make it out onto the water to see if I could find the same vantage point he used, but I have added yet another potential trip to my extensive Almaguin Highlands paddling bucket list.

A.J. Casson also painted along the Magnetawan River. His work titled “Anglican Church at Magnetawan” depicts St. George the Martyr Anglican Church in the Village of Magnetawan, which is still in use today. With an image of the painting before me, I set out to try to discover the location where it had been created. Within sight of the church there is a historical plaque that mentions Casson and his painting. The vantage point of the work comes from behind the church, looking toward the Magnetawan River. While the church’s structure has been changed over the past century the steeple, with its signature round window and pointed top, remains virtually unchanged. The hill behind the church has grown in with trees since Casson’s visit and is currently on private property, so I was unable to replicate the painting exactly, but just seeing the same structure and imagining one of Canada’s most celebrated artists studying it and meticulously bringing it to life from a blank canvas was reward enough for me.

A second painting by Casson, this one titled “Rapids on Magnetawan,” was also conceived somewhere along the river. MacDonald created another work he named “A Rapid in the North” that is also believed to have been inspired nearby. Like a historical treasure hunt, I will be paddling and portaging along the river later this summer in an attempt to discover these locations as well.

The pristine wilderness of the Almaguin Highlands and the Magnetawan River have been inspiring generations of artists, paddlers and adventurers, as they did Tom Thomson and the Group of Seven nearly a century ago. 100 years later, it is still possible to locate the exact locations where these incredible works of art were created – a little planning is all you need.

For more information on the place where the Group of Seven and Tom Thomson paint, visit the Villages of Almaguin.

To plan your stay in the region, click here.