Muskoka’s iconic music hall has a long-standing and treasured place in the region’s great summer traditions.

In 1929, Gerry Dunn purchased property at Bala Bay on Lake Muskoka to build a venue that would attract small orchestras to the area in summer (seizing on the opportunity the recent introduction of rail service created – delivering tourist passengers right to the village). Appropriately enough, the early dance hall’s slogan was “Where All of Muskoka Dances,” and in an era without televisions or cell phones, people came not only to dance, but to make welcomed social connections as well.

After operating for close to a decade, crowds became so big that a new venue was envisioned. Dunn wanted to attract bigger bands, and knew he needed room for more dancers in order to do so (to cover the artists’ fees). He designed and built a much larger building – doing much of the construction work himself – and in 1942, “Dunn’s Pavilion” opened to the public. 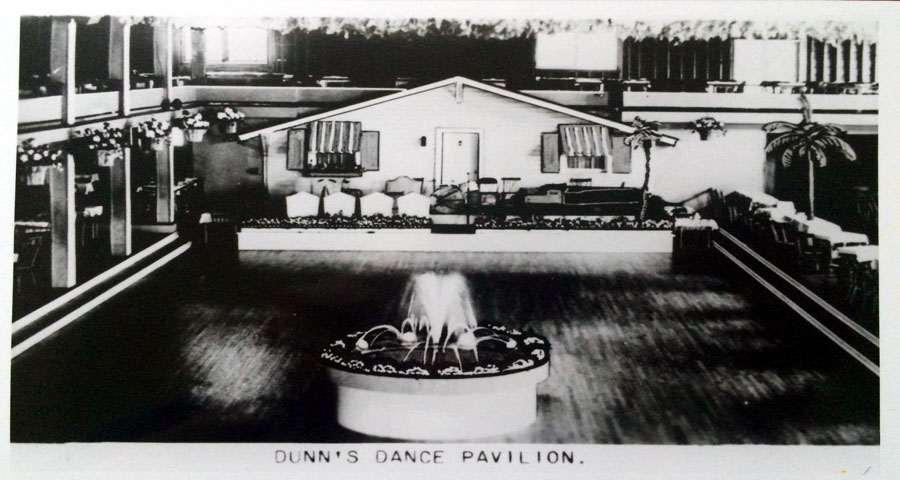 Throughout the summer months this new venue would host a combination of smaller house bands and more popular Big Bands nearly every night of the week. The Pavilion featured a hardwood dance floor that was bordered by dining tables, and the stage was created to look like the outside of a cottage cabana with palm trees spread out around it. Boughs made from real cedar were hung from the ceiling, serving to both hide the rafters and enhance the acoustics.

It was a weekend tradition to dress up in one’s finest attire and head to Dunn’s to dance. Long before there were speed dating events or internet match-making sites, people went to dances like the ones at Dunn’s to meet that special someone to court and possibly settle down with. In those days, Bala also attracted affluent families from cities to the south who vacationed in cottages across the Muskoka lakes. On weekends the streets around the Pavilion would fill with cars – Chevy Bel Airs and Ford Thunderbirds, while Greavette and Duke boats floated in the waters of the bay. Young men would open car doors or steady their boats while their dates stepped out. Dunn’s was the place to be seen, and the music and dancing continued long into the night. 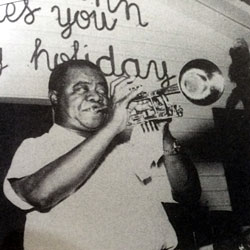 Dunn’s vision of attracting the era’s highest quality performers was more than achieved, with legends like Duke Ellington, Count Basie and Louis Armstrong appearing. The night Armstrong took the stage was one of the most memorable in the venue’s  history. It was the summer of 1962, and more than 2100 people were crammed inside the Pavilion, with another 1000 people listening outside on the grass or in the sea of boats drifting on Bala Bay. (Due to the prohibitive cost of liquor licenses, it was normal for people to bring their own alcohol to dinners and dances. It’s been said that on that one single night Dunn’s sold over $5000 in ice and mix alone.)

Gerry Dunn sold the Pavilion to Ray Cockburn in 1963. Legend has it that Cockburn changed the name after hearing the venue referred to as “the key to Bala and Muskoka.” Although there have been many owners and numerous renovations in the 75 seasons since Dunn’s Pavilion opened, the more recently named Kee to Bala still exists in Dunn’s original building. 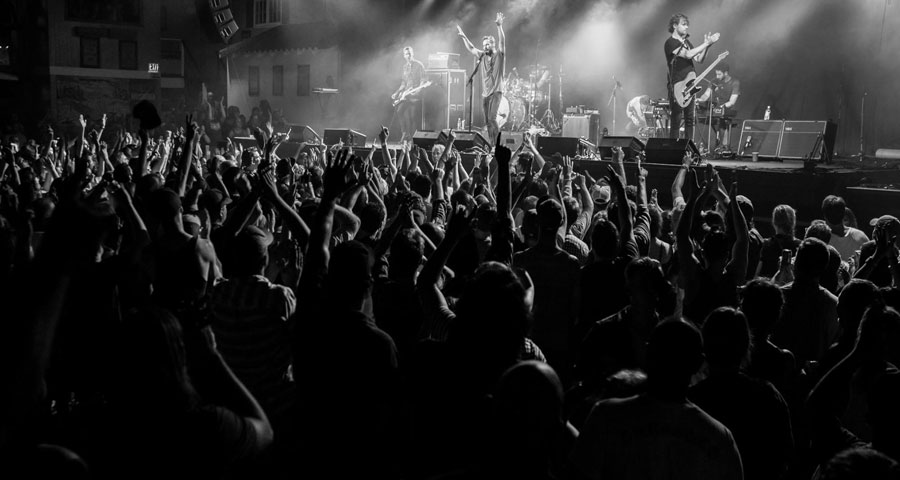 A whole new generation of music fans now head to the legendary Kee to Bala each summer. The venue still attracts the best bands around, and still provides a popular dance floor for folks to unwind. While the style of dance has changed dramatically, the venue is still a place where friendships can be made and relationships kindled. Old-fashioned courtship may have disappeared, but couples can stand on The Kee’s famous deck and be lulled by the same sounds of water on the bay and marvel at the same starry skies as generations of yore. (You can now also host your wedding at the Kee, including a lovely ceremony overlooking the bay and dinner and dancing on the restored dance floor. More than one couple has tied the knot in literally the same location as their grandparents first met decades before!)

Now in its 75th season of presenting Muskoka’s favourite live performances, The Kee to Bala continues to attract those seeking to hear some of the nation’s best summer music in one of its most beloved halls. If you’ve never been, make this the year you head to the place where all of Muskoka continues to dance.

For more information on The Kee to Bala, click here. For more info on upcoming performances for summer 2016, including Kim Mitchell, David Wilcox, and Sam Roberts Band, click here.

To plan your stay in the Muskoka region of Ontario, click here.

Get closer than ever to the stunning waters and coastlines near Parry Sound, Ontario with Islander Adventure Tours from…

From the introduction of railway service that opened up homesteading and tourism, to the steamship era that created our resort destination…

Pandemic got you sticking closer to home this November? Looking to head out for some adventure in your…